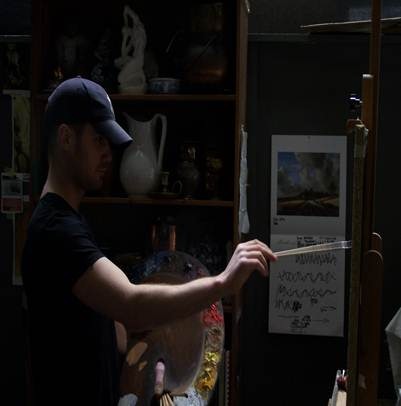 My name is Fredrik Thorsén. I am a professional artist and painter.

I work with the traditional approach to realism; to paint nature as humbly as I can, because in there you can capture the humanist spirit of western art.

In my belive, the best way to become a better painter in its technical term, is by learning from the great masters such as Rembrandt, Valasquez and Sargent. For that reason, I went to the Florence Academy of Art for a four year period where I graduated in 2007. During my time as an artist, I have been rewarded with several scholarships.

Training in the arts

Teacher in the arts