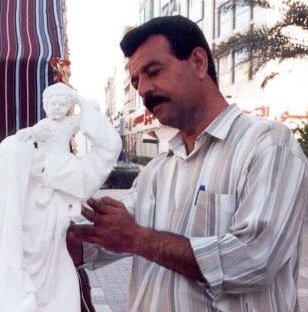 - Bachelor in Sculpture, from the college of Fine Art at Baghdad University.

- Member of the first international conviction for fine art in Baghdad 1985.

- Participated in most exhibitions in Iraq.

- Statue of the Olympics Games in the park of Abu Nawas / Baghdad 1974.

- Statue of motherhood in the park of Al Zawra / Baghdad 1975 Bronz.

- Held his second personal exhibition in the national library/ Waset, 1985.

- Held his third personal exhibition in the national library / Waset, 1986.